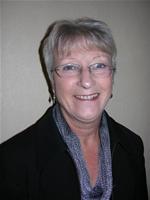 More information about me

Val began her career with Stockport MBC in September 1973, a most exciting time, being involved in all the challenges, policy decisions, the burning of the midnight oil, weekends etc. for the run up to the launch of the new Metropolitan Borough on 1 April 1974.

In January 1980 Val was appointed to the position of PA to the Chief Executive (Arthur Wilson OBE) who saw Val in a PR role as the ears and eyes of Stockport and its residents.  She dealt with many issues and complaints from residents from all corners of the Borough, working closely with senior officers, Members of Council, Members of Parliament, Health officers and Police etc. and on the occasions where a complaint reached the stage of having to liaise with the Local Government Ombudsman.

Val volunteered and was selected as a PA to the Chef de Mission of Sri Lanka in the Commonwealth Games 2002 in Manchester. She has just had the most wonderful experience of being involved with the 2012 Olympic Games in London and with the recommendation from Badminton England to be part of their team at the Wembley Arena. During the last 10 years she has had an extensive volunteering programme for many, world, European, national championships of so very many sports and has fingers crossed for the Commonwealth Games 2014 in Glasgow.

Val is a Director of the Board of Stockport Sports Trust (trading as Life Leisure), a former Chair of Governors of Hazel Grove High School and is involved in funding for major projects at St Elisabeth’s Church, Reddish.

Val was awarded the MBE in Her Majesty’s New Year’s Honours List 2002 for services to the community of Stockport.